The third year of LockFest in Karlovy Vary for us 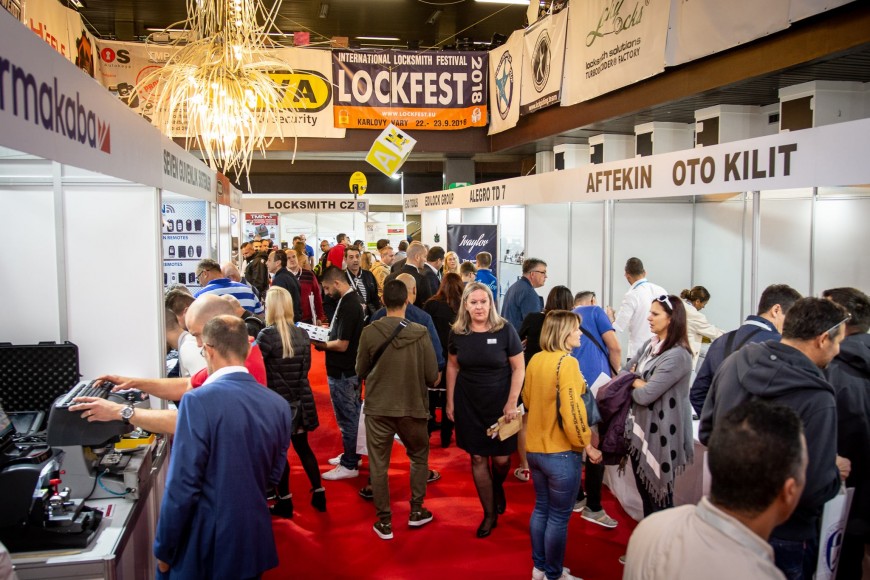 On September 22nd – 23rd 2018, the 3rd Locksmith Fair LockFest 2018 was held in Karlovy Vary and we participated in the preparation of the event as a company. The Association of Locks and Key Services (AZKS) was the guarantor of this event and the fair was under the auspices of the Governor of the Karlovy Vary Region.

LockFest 2018 was primarily designed for visitors from locksmiths and companies involved in the supply and installation of mechanical barrier systems and emergency opening. Visitors to the fair again surpassed the expectations of the organizing company AZKS. The trade fair was visited by 1762 visitors.
The fair was attended by 51 exhibitors from 15 countries, who exhibited their permanent products and the hottest novelties of their product range.

Within the fair, the competition was again the most interesting product, which was voted by visitors in the three categories below.

Within the trade fair, traditionally the greatest interest among exhibitors and visitors was the professional training, seminars that were professionally divided into public presentations (organized by exhibitors for the general public) and non-public presentations (for representatives of specialized companies in the field of destructive and non-destructive methods of overcoming mechanical locking systems).
The WENDT Seminar focused on destructive and non-destructive methods of opening standard doors and opening cars and the Original Lishi Tools workshop, introducing special opening tools, met with the greatest interest and reputation. A total of 18 training sessions from 15 companies took place with great success during 2 exhibition days.

The members of the Association of Czech Lockpickers prepared for the visitors of the fair a demonstration of lockpicking, which was another interesting part of the organized fair.

At the end of the Saturday trade fair, the Thermal Gala Evening was hosted by the Congress Hall. As part of this gala evening, besides a tasty menu and a social program with live music, the winners of the "Most Interesting Product" were awarded. This prestigious award was awarded to locksmiths who worked most of their lives in the field and became respected specialists. For the Czech Republic, Mr. Beatus Polakovič, won the awards. From the foreign locksmiths, Polish locksmith Mr. Jozef Matyas, was awarded. The prizes were awarded a valuable commemorative plaque produced by Moser company.

Finally, we can say that the 3rd International Locksmith Fair LockFest 2018 has been successful, as we can deduce from the numerous positive feedbacks of exhibitors and visitors, and we believe that the success of this event will also ensure its success in the coming years.